The two main ways of getting
information from the inside to the outside of operating machines are vibration analysis and
lubricant analysis, although a few other techniques are also useful.
This chapter includes a description of the background for and methods used in condition
monitoring, while most of the rest of the book is devoted solely to the methods based on
vibration analysis, which are the most important. This chapter describes the various types
of vibration measurement used in condition monitoring, and the transducers used to provide
the corresponding vibration signals. It also describes the basic problem in interpretation of
vibration signals, in that they are always a compound of forcing function effects (the source) and transfer function effects (the structural transmission path), and how the two effects may
be separated.

As briefly mentioned above, the available maintenance strategies are broadly:
Run-to-Break. This is the traditional method where machines were simply run until they
broke down. This in principle gives the longest time between shutdowns, but failure when
it does occur can be catastrophic and result in severe consequential damage, for example of
components other than the ones that failed, and also of connected machines. As a result, the
time to repair can be greatly increased, including the time required to obtain replacement
parts, some of which might be major items and take some time to produce. In such a case,
the major cost in many industries would be production loss, this often being much greater
than the cost of individual machines. There is still a place for run-to-break maintenance, in
industries where there are large numbers of small machines, for example sewing machines,
where the loss of one machine for a short time is not critical to production, and where
failure is unlikely to be catastrophic. 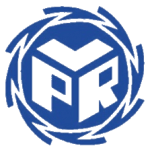